Community Energy in Scotland: State of the Sector 2021

Benny Talbot is Innovation Development Manager at CES and works on the development of new Local Energy Economies projects as well as our work with our partners in CEE and CEW. This blog is his personal view of our part in the State of the Sector Report.

On the 23rd June, the UK Community Energy State of the Sector 2021 Report will be launched. It’s been a mammoth task, and wouldn’t have been possible without the hundreds of hours volunteered by the 424 groups (including 72 in Scotland) featured in the report; all of which was collated and organised by our own staff at CES, and our colleagues in England and Wales, who all went the extra mile to see the work done.

Now, the finished report finally sits here in my inbox. This was the first time that Community Energy Scotland have joined forces with Community Energy England and Wales. The underlying data will form the definitive source on community energy across the UK, and the report will underpin future lobbying efforts in Westminster and Holyrood. But for me, the most important thing about this report is that it gives us a chance to step back, look at the big picture, and think about where we’re at.

The report won’t be published until our launch on the 23rd, so I’m afraid you’ll have to wait a little longer to see all the details; but at least as interesting as the figures themselves are the questions that they raise:

By setting data out for England, Scotland, and Wales alongside one another, the report invites us to compare the state of the sector in each of the nations. One things that’s immediately apparent is how different the generation technology mix is in England (virtually all solar PV) to Scotland (virtually all wind and hydro). There are some obvious reasons for this; climate, and planning restrictions on wind in England to name but two. But it does make me wonder – is Scottish solar resource really as bad as these low deployment levels would suggest?

Meanwhile, Scotland has a clear lead over England and Wales in terms of community energy deployment per capita, but with very low deployment in Scotland in 2021 this gap appears to be closing. Why is that? Could it be linked to the fact that almost all new community generation built in 2021 was solar PV?  And what can we do in Scotland to regain our momentum?

It’s clear from the report that Scottish government support, via CARES and other schemes, is significantly ahead of that available in England. But it is Wales, not Scotland, where new government support measures are most clearly being developed; and criticisms that the English support schemes focus on funding contractors rather than the community groups themselves, and lack support for early stage community capacity building will sadly be all too familiar to Scottish ears.

But the bulk of energy policy is reserved to Westminster, and the real issue is the string of recent decisions that have gouged the business case for community energy everywhere in the UK. So its more important than ever that community groups in Scotland, England, Wales and Northern Ireland join forces in pushing for the changes we need.

The state of the sector report tackles this head on, drawing on the momentum of the Environmental Audit Committee’s recent letter to Kwasi Kwarteng to set out the policy changes required for our movement to reach its full potential.

This hasn’t been an easy year for any of us, and the report shows that in the reduced level MW capacity of new projects deployed during the pandemic. On the other hand, it also shows how local anchor groups have stepped up, changing their activities and providing emergency support at short notice when the pandemic struck.

Facing difficulties in launching new generation projects, but ever more aware of the need for Net Zero, the state of the sector also shows groups continuing to branch out. A community energy ecosystem in waiting is developing, with new projects planned and underway in low carbon heat, transport, flexibility and energy efficiency. What is now needed is the policy support to unleash this at scale, so we really can build back better in the face of our current crises.

Want to find out more? Attend the UK launch event on 23rd of June, and/or our discussion on the state of the sector in Scotland on 2nd July. 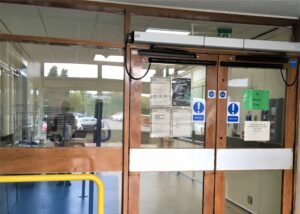 Next Steps: One year on

Community Energy Scotland did not sit idle through the COVID-19 pandemic. A year ago today, we published our ‘Next Steps’ document which sets out a 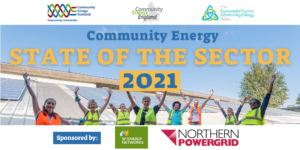 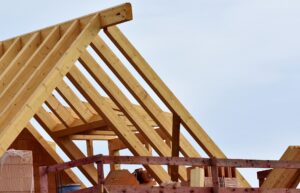